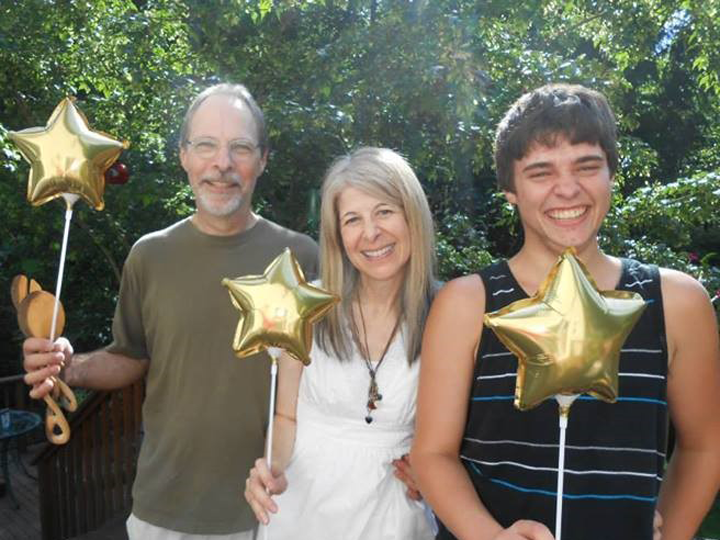 Here we are with our very first story! I hope you all enjoy reading about our new Washington State’s co-facilitator Cindy Hubert. Let her journey in story begin.

62-year-old Cindy Hubert remembers the first time she recognized her myotonic dystrophy (DM) symptoms – in 1983, when she was pregnant with her first child, Daniel. During labor, her uterus was not contracting, which made this the first of four long and difficult deliveries.

Cindy did not experience more symptoms till 2012 when she sprained her ankle. Despite having healed, the pain in the ankle was excruciating, and that side of her body is still weaker.

Daniel’s development seemed delayed from the time he was born and was later diagnosed with Autism. Due to the extra help and attention Daniel required, Cindy and her husband Bruce waited five years before having their second child Victoria. Their daughter was born with a frail respiratory system and brain malformations. She also experienced respiratory arrest within the first hour of her birth. After receiving her DM diagnosis many years later, Cindy now speculates that those might have been symptoms of severe congenital myotonic dystrophy (CDM). 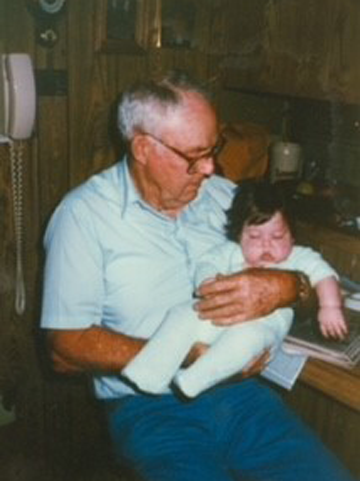 Victoria was transported to Seattle Children’s Hospital and was put on a ventilator a few hours after her birth. No tests helped diagnose DM in Victoria. Despite the staff and physicians’ recommendations of putting Victoria under care facility, Cindy and Bruce made the decision to take her home where her family could being nurturing her.

Little Victoria passed away at 8.5 months old in the arms of her mother, who was decorating the Christmas tree. For a long time, Cindy carried the guilt of having done something wrong during her pregnancy. She knew she was careful and cautious, especially in the medications she took, making sure her baby inside was unharmed at all costs. Yet, a mother's guilt came uninvited.

After Victoria passed away, Cindy and Bruce had a hard time continuing on, but soon decided to get genetic counseling at Seattle Children's Hospital. According to the genetic counselors, Victoria’s condition was not genetic and that the possibility of it happening with another child was low. This misdiagnosis continued Cindy’s diagnostic odyssey.

As the couple prepared for the arrival of their third child, Cindy was being monitored closely due to the complications of their previous pregnancies.  At 20 weeks, an issue with the umbilical cord was detected. Cindy was diagnosed with Fetal Intra-abdominal Umbilical Vein Varix (FIUVV) and was put in a special study. She was induced two weeks before her due date. Defying all odds, their son Noel was born at a whopping 9.5 lbs.! Everyone including the doctors, Cindy and Bruce, were extremely happy. 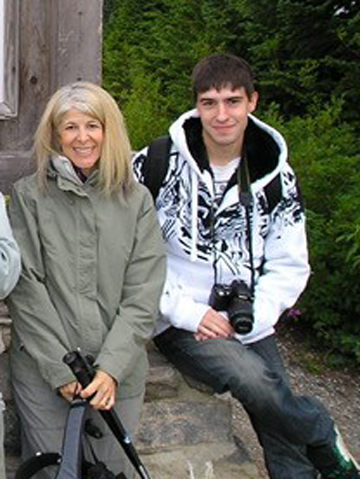 At the age of four, Noel was diagnosed with autism. Being a little behind in his developmental milestones, Cindy now believes that he was living with childhood onset myotonic dystrophy.

Cindy and Bruce welcomed their fourth child, Brian, in June of 1993. She had a normal pregnancy while being closely monitored. Two weeks after his birth, Cindy started noticing Brian’s declining health; his symptoms included projectile vomiting and extreme listlessness. She knew something wasn’t right and was later contacted by the doctor's office about a positive test result from the newborn screening. Brian was diagnosed with Congenital Adrenal Hyperplasia (CAH). They were asked to bring Brian to the emergency room immediately. Although Brian was successfully treated, at this point no one in the Hubert Family had a definitive diagnosis of myotonic dystrophy.

It wasn’t until 2013 that Cindy was finally diagnosed. After reading some information from her neurologist, the couple immediately suspected their children were also affected.  That was the year they got genetically tested and confirmed that all three of their boys had DM1. While all three boys are now grown up, Brian, with the most significant developmental delays and suffering from autistic disorder, is the only one that is still home.

As an adopted child, Cindy knows little about her family history. From the pictures and information she has been able to gather about the maternal side, it doesn’t appear that they are affected by DM. She speculates the mutated gene comes from the paternal side of her family, which she knows nothing about. 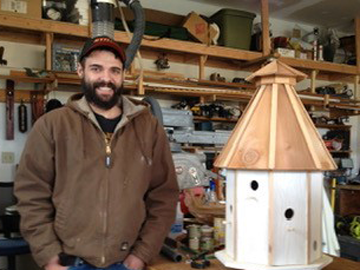 In her day-to-day life, Cindy experiences excessive daytime sleepiness as one of the prevalent symptoms of her DM. For her safety she decided to give up driving. Cindy’s sleep apnea has made her befriend the BiPAP machine, which she never leaves the house without. It even accompanies her on her family’s backpacking trips!

She loves working and volunteering for the medical community. Cindy contributes as a physical therapist assistant in an acute care setting. A couple of the programs she has been involved with include Birth to Three and Parent to Parent.

Although Cindy has endured her fair share of struggles, she continues to find hobbies and fun in her life. Each day, Cindy’s faith continues to be her driving spirit. Her passion for the outdoors often results in hiking expeditions with her husband Bruce, which can sometimes look like snowshoeing or even Nordic skiing. She likes to knit and enjoys putting her time and energy into a small organic garden. She finds a special joy in cooking and baking with the produce from their family garden.

Cindy’s belief is that by taking care of herself and by doing things she likes, and sharing her experiences, she can be there for others and support fellow families in the DM community.

I hope you enjoyed reading about Cindy! Can’t wait to interview and print more of our amazing community members’ stories! Take care and remember to always find the roses among the thorns!

Barbara and her writer daughter Samantha would love to interview you to share your story with the MDF community. Tell them you’re interested by filling out this short form! 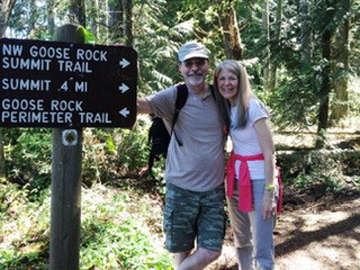 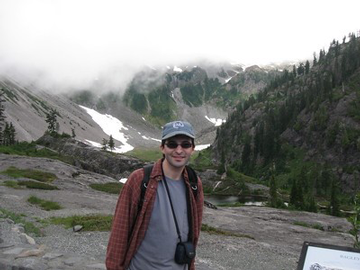 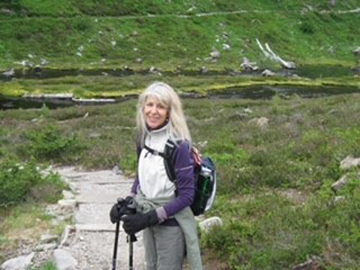