The first clinical trial of a new therapy for myotonic dystrophy (DM) in affected patients launched in December 2014. In order to help promote success for this and future clinical trials, DM researchers are working hard to determine what can be measured in clinical trials that will best demonstrate whether a drug really works. To support these efforts, MDF held a science workshop in September 2014 during our annual conference. The workshop brought together more than 50 research experts and industry representatives from around the world to review where we are with respect to developing these measures for DM.

Two kinds of measurements are typically used in clinical trials: 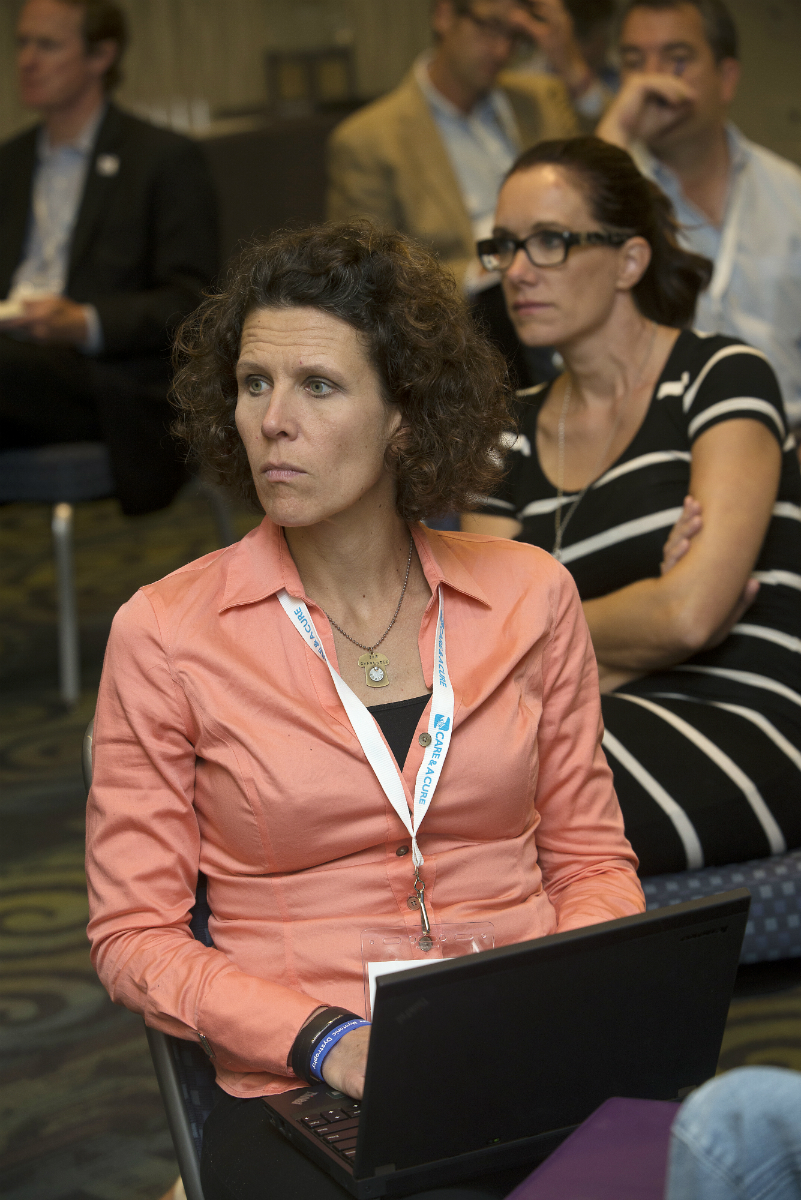 Clinical endpoints and biomarkers may be used for many purposes in drug development, including:

The use of the right biomarkers and endpoints for the right purposes can greatly reduce the time needed to develop a new drug.

At the science workshop, Dr. Richard Moxley of the University of Rochester described the progress in measuring myotonia (a "stiffness of muscle" or inability to relax the muscle). For myotonic dystrophy symptoms, this is currently the best endpoint. The researchers also discussed the potential for developing new DM biomarkers, including:

The investigators agreed that a person’s degree of myotonia is the best biomarker we have at this time, and that it can be used to measure drug impacts in clinical trials, although the most suitable way to measure myotonia has yet to be worked out.

Drs. Charles Thornton of the University of Rochester, Tom Cooper of Baylor College of Medicine, Andy Berglund of the University of Oregon and Eric Wang of MIT are among the researchers looking at blood samples to determine how gene activity is increased or decreased and how genetic messages and proteins are processed in human cells. By identifying groups of genes where processing changes as the disease progresses, investigators may be able to determine if a potential therapy is having an impact. There has been a lot of progress in this area, but researchers are still trying to identify a group of genes whose processing is tied to disease progression. Also, it is difficult to measure changes the in heart and brain because it is difficult to obtaining tissue, so more measurement options are needed.

Dr. Gordon Tomaselli of the Johns Hopkins School of Medicine described various ways to measure changes in the heart, primarily be using equipment to view the heart as it beats. Some of the changes observed may indicate when a person with DM is going to develop a particular type of heart trouble. Looking at heartbeat patterns using echocardiograms (ECGs) and electrocardiograms (EKGs) could also be useful for measuring drug effects. Unfortunately, there is not enough documentation to use these measurements in trials yet. 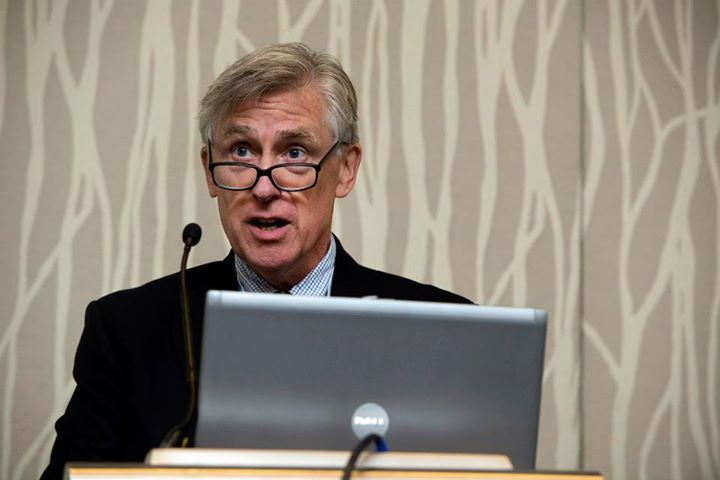 These imaging techniques could be very valuable in determining if a therapy could treat DM symptoms associated with the brain.

Dr. Peg Noupoulos of the University of Iowa described a long-term study in Huntington’s disease, a triplet-repeat disease like myotonic dystrophy, which resulted in the development of some very useful biomarkers for that disease. She drew parallels between the lessons learned in those studies and how they could be applied to a new long-term DM study that is currently being carried out through the Myotonic Dystrophy Clinical Research Network (DMCRN).

Dr. Darren Monckton of the University of Glasgow described biomarkers that could be used to identify DM patients with similar disease courses. The ability to do this may be important, particularly in a disease like myotonic dystrophy that progresses slowly and is variable (patients have different symptoms and progress at very different rates). By starting a trial with a group of patients who progress in a similar way, drugs can be tested in smaller groups of patients more quickly, potentially making the process of developing the drug much faster. This area of research is just getting underway.

Finally, Dr. Chad Heatwole of the University of Rochester described a survey tool he developed to determine how people with DM describe their own symptoms and severity. This “patient-reported outcome measurement tool” is being used in clinical trials and research studies, and so far looks like a promising way to use feedback from patients to measure whether a treatment is working.

As more potential DM therapies move into the drug development pipeline, the measurements being developed now will hopefully speed the testing and approval process, getting needed therapies to people living with myotonic dystrophy as soon as possible.