MDF's First Away Camp for JOAs a Big Success! 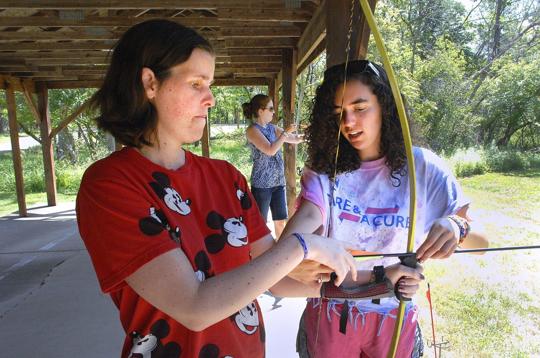 HUDSON — Jen Williams was a stellar student until age 15. "I had trouble focusing starting in high school," said Williams, 30, of Lake Forest. "I couldn't power through like I did before. "At first, I was scared," Williams said. "I didn't know what was going on. I thought I was smart, which, technically, I am."

In addition to cognitive difficulties, Williams began to experience stiffness in her hands and daytime sleepiness. She finished high school with tutoring help. It wasn't until age 26 that she discovered the cause of her symptoms: myotonic dystrophy (DM), a form of muscular dystrophy that may not affect people until they are adolescents. DM was largely unknown until a few years ago.

Symptoms of the inherited, genetic disease — which include muscle atrophy, cognitive impairment, daytime sleepiness, heart function abnormalities, breathing difficulties and problems with speech and swallowing — affect muscles throughout the body and get worse as affected people get older. People with DM are sometimes misdiagnosed and there is currently no cure. As a result, people with DM sometimes isolate themselves, said Leah Hellerstein, program director for MDF. 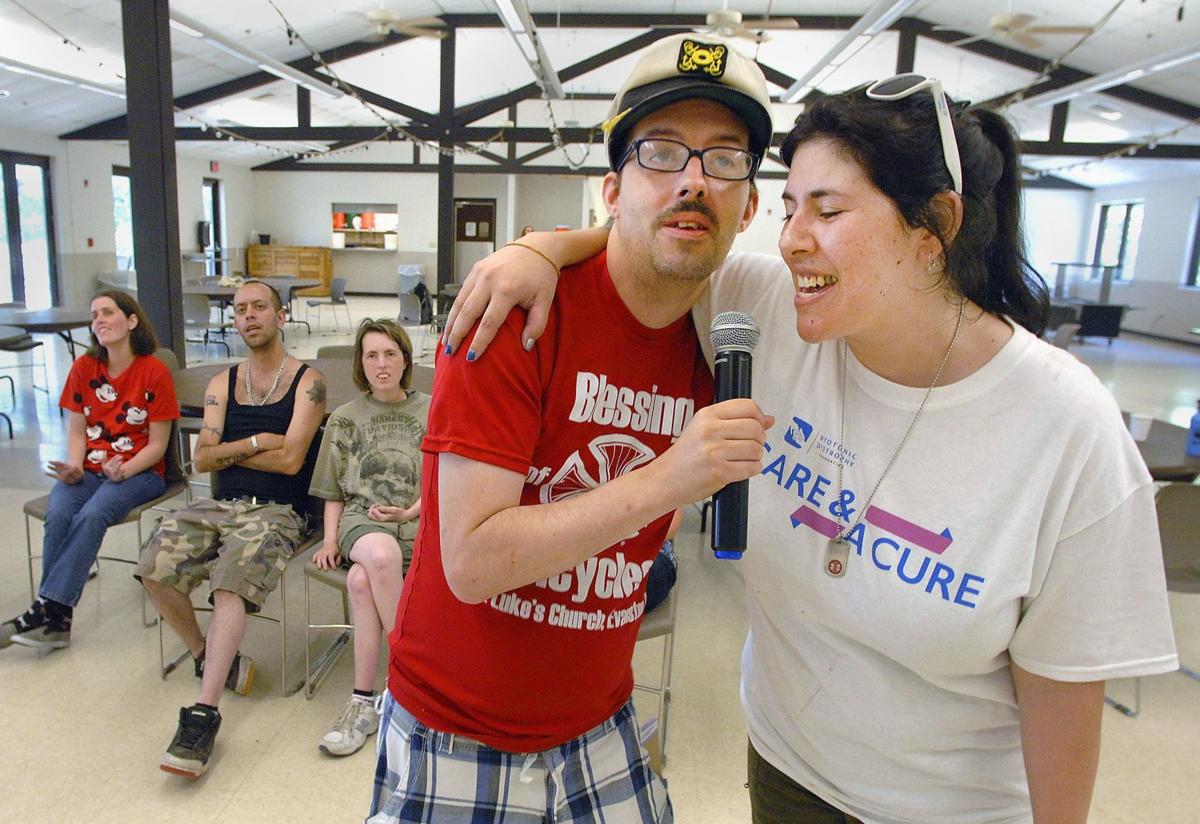 But that's not what 11 adults with juvenile-onset DM, including Williams, were doing this week at Timber Pointe Outdoor Center at Lake Bloomington.

They were at MDF's Camp JOA (juvenile-onset adults), the first-ever nationwide camp for adults with DM sponsored by the San Francisco-based foundation. The 11 campers were ages 21 through 40 and represented seven states.

"This is brilliant," Williams said of the camp. "We get to do things we couldn't do before," such as ziplining and archery.

"No one judges you because you're all in the same boat," said Williams' brother and fellow camper Paul Williams, 33, of Evanston. He began to experience difficulty with balance, limited range of motion, arm and hand muscle stiffness and daytime sleepiness at a young age but was misdiagnosed with cerebral palsy. He wasn't diagnosed with DM until age 29 "It's hard having this disease but don't let it define who you are," he said.

DM affects one in 2,300 people in the United States, or about 150,000 people across the U.S, according to the foundation. Many more are affected throughout the world. People may take steps, such as medications and therapy, to manage their symptoms but there are currently no approved therapies or a cure.

While the foundation funds research, provides support for patients and families, advocates with government agencies and hosts an annual conference, it didn't have a camp until this week. 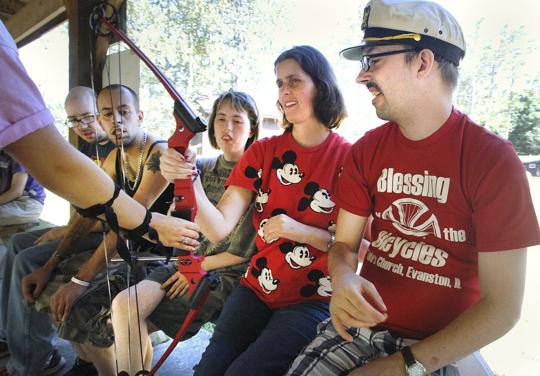 Camper Christine Bade, 38, of Washington, originally from California, was diagnosed when she was in fourth grade at the same time as her older brother. "The doctor said it's new and rare and most people with this move into the mountains and isolate themselves," Bade recalled. "Why would we isolate ourselves? Her symptoms include getting tired easily, muscle cramps, imbalance and dizziness. She is able to work in child care part-time but knows that eventually she may no longer be able to do that "We are in pain constantly," she said. "I try to stay positive."

"It (DM) is one of the hardest things you can experience," said camper Tyler Hinds, 29, of Ohio. "It never gets better. But I still like to try new things."

Bade's family has hosted foundation support group meetings but members recognized the need for a camp for adults. Muscular Dystrophy Association (MDA) has summer camps for children with muscular dystrophy until age 18. To fill the gap, the foundation decided to sponsor a camp for juvenile-onset adults with DM, Hellerstein said.

The foundation chose Timber Pointe because it hosts camps for adults as well as children, is centrally located and has hosted MDA camps, Hellerstein said. "I was thrilled," Timber Pointe Director Allen McBride said.

One focus was giving campers opportunities to socialize with other adults with juvenile-onset DM through karaoke, board games and cookie decorating, McBride said. Another was helping them to discover new hobbies such as fishing, canoeing and horseback riding. "We want to create recreational and social opportunities ... to nurture long-term relationships," Hellerstein said.

"We love this camp," Bade said. "It get us moving. Some people I know. Some I'm meeting for the first time.

Jessica Ison, 27, of Indiana, said "They have what I have. They understand what I'm going through."

"I hope we can have more (camps)," Bade said. "I've made lifelong friendships."

Click here to read the original article on Pantagraph.com.