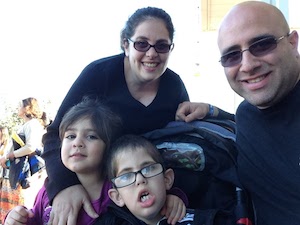 Steven and Hamsa Kiryakoza first heard of myotonic dystrophy (DM) from a doctor who asked to shake Hamsa’s hand in November 2007. Six weeks earlier, Hamsa had delivered the couple’s first child, Steve, at a community hospital near their home in Farmington Hills, Michigan. Born not breathing and unable to move on his own, Steve was quickly transferred to University of Michigan Hospital for full-body cooling, a treatment to prevent any long term injury due to potentially having reduced oxygen to his brain during birth, then back to the ICU at the community hospital, while the doctors continued to puzzle out what might be wrong with him.

Through this entire six-week period, the couple was at Steve’s bedside 12 to 16 hours every day. So when one of the ICU doctors showed up and pointedly asked to shake Hamsa’s hand, her first thought was that they were being congratulated on their caring and diligence. Hamsa was just puzzled. “First he asked to shake my hand, and then he said, ‘Let go’ - and I couldn’t let go,” she recalls.

“Ok,” the doctor said. “We need to get him checked out, but I’m almost positive he has myotonic dystrophy,” explaining that the inability to release a grip (myotonia) was a common symptom of a genetically inherited form of muscular dystrophy that she might have passed to her son.

Two weeks later, another doctor showed up to confirm the diagnosis and to confess that she really didn't know very much about DM. “She handed us a bunch of printouts from the NIH and the hospital and told us she’d put us in touch with a neurologist,” Steven recalls. A week later, with Steve finally strong enough to make it outside the hospital, the young family went home. 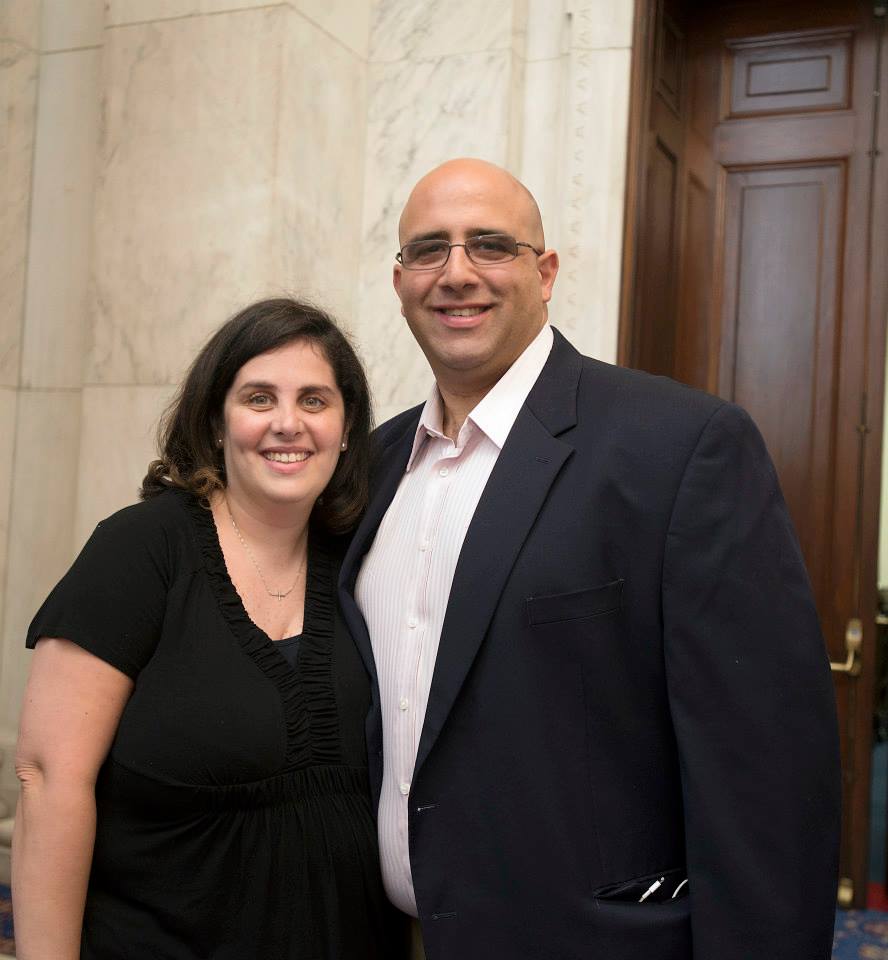 Following Steve’s diagnosis, Steven dove deeply into the internet in search of information about DM. “I spent what must have been weeks on the computer,” he recalls, “just reading about the condition, reading other family's stories.” Among the contacts he found online was Lisa Harvey, the former executive director of Myotonic. “Her daughter is a little older than Steve,” Steven says, “and I learned a lot from what she told me about her experiences. Hamsa and I were just trying to learn as much as we could.”

Today, Steve’s care is coordinated at the University of Michigan. He sees specialists in neurology, cardiology, and physical medicine and rehabilitation. He also sees a nutritionist and is monitored by a sleep apnea specialist. At seven years old, Steve is doing so well that he visits most of these doctors only once a year. “We've seen Steve get bigger, stronger, and improve with very few setbacks, and we've been extremely thankful for that,” Steven says.

But Steve does require special care and attention. For example, he is nonverbal, not toilet trained, and doesn’t eat by mouth, symptoms that qualify him for the local school district’s program for students with severe multiple impairments - special schooling for which the Kiryakozas are grateful. The eight students in Steve’s classroom benefit from the attention of a teacher, a nurse, and two instructional aides. During the school year, Steve spends some time each day in a mainstream classroom, and in summer, he continues to attend school four days a week “That consistency helps him keep progressing,” Steven says. “We’ve seen a good return on that.”

While Steve doesn't speak, he does find ways to communicate. “He absolutely understands everything we tell him,” Steven says. He knows his name and is receptive when we ask him to do things.” At school Steve has been learning to use a Picture Exchange Communication System (PECS) board to communicate by pointing to images organized in various categories on the board. “He does phenomenal with that at school. We're just amazed at the level he’s able to communicate.”

Now the school is working on getting Steve an electronic version of the system - basically an iPad with an interactive communication board built into it. The teachers have been testing this with Steve, and Steven and Hamsa are optimistic that he will do well with it because he loves technology and already uses an electronic tablet for playing games and watching YouTube videos. “We feel that the added level of technology to help with his communication is going to be a really big benefit for him,” Steven says.

A Sister for Steve

In 2011, Hamsa gave birth to a daughter, Elizabeth, via in vitro fertilization of an embryo screened for DM. “Steve and Elizabeth act like any other brothers and sisters,” Hamsa says. “They love each other, they fight with each other, they scream and yell at each other. But they adapt very well to each other as well. And Elizabeth is defensive of Steve. Her attitude is, don't mess with my brother.”

While Steven and Hamsa have been pleased to watch Elizabeth hit her developmental milestones, it’s also been hard for them to avoid comparing her to Steve. “Since Steve was the first born, I really didn't have a perspective on how he should be developing,” Steven says. “Now I see our daughter and everything she's able to do much more quickly - things our son may never be able to do. It's our hope that there'll be a cure for this disease. But right now, it’s hard to see our daughter do all these things that our son can't do.”

Another challenge for Hamsa and Steven is the difficulty Steve has adjusting to new situations, particularly loud environments, where he may bury his face in a parental shoulder and cry. They’ve tried to take Steve to a baseball game and a hockey game - sports he likes to watch on TV - but in both instances, “it was horrible for him,” Steven says. They hesitate to travel by air, because they know how difficult it is for Steve to fly.

And, of course, they have to plan for their son’s special needs around feedings and toileting.

“We have to assess every situation and ask, 'How is our son going to do? How is he going to fit in?'” Steven says. “You can't just decide you're going to do something and do it tomorrow.” 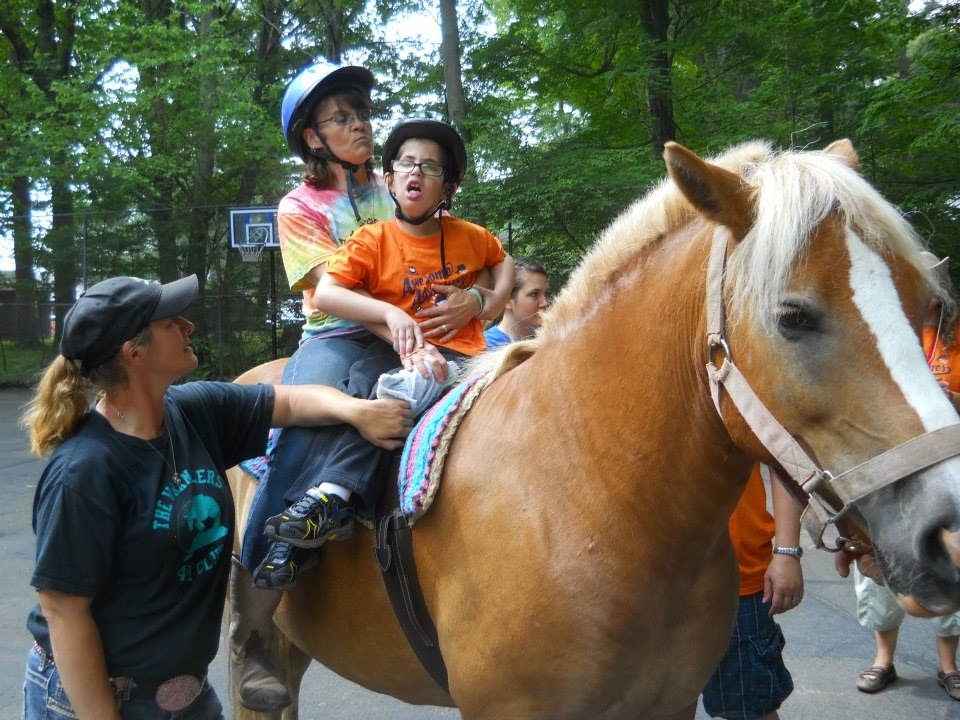 It was with some uneasiness that last year Steven and Hamsa signed their son up to attend an MDA summer camp about 100 miles from their home. They knew the camp would provide a high degree of personalized attention for Steve, but they were concerned enough about his ability to adjust that they stayed in a nearby hotel in case they needed to pick him up. Sure enough, on the second day they did get a call - but only to assure them that Steve was loving camp life, climbing trees and riding horses.

It was a watershed moment, Steven recalls. “That he could spend a week doing things that any other kid would do - that really put huge smiles on our faces. It was one time that it really didn't matter that he was different. He was allowed to be a child.”

Hamsa agrees: “When they called and said that he was having a great time, it was a weight off my mind knowing that he could be away from me and not be afraid.”

If Steve does well at camp again this year, Steven and Hamsa say, then maybe next year they will consider a trip away with Elizabeth while Steve is at camp, perhaps to Disneyland or somewhere else it would be hard for Steve to visit. “We want to be sure we're not limiting our daughter because our son can't do some of these things,” Steven says. “We’re trying to find the right balance to allow each of them to be able to do things that other children want to do.”

Speaking Out for DM Support 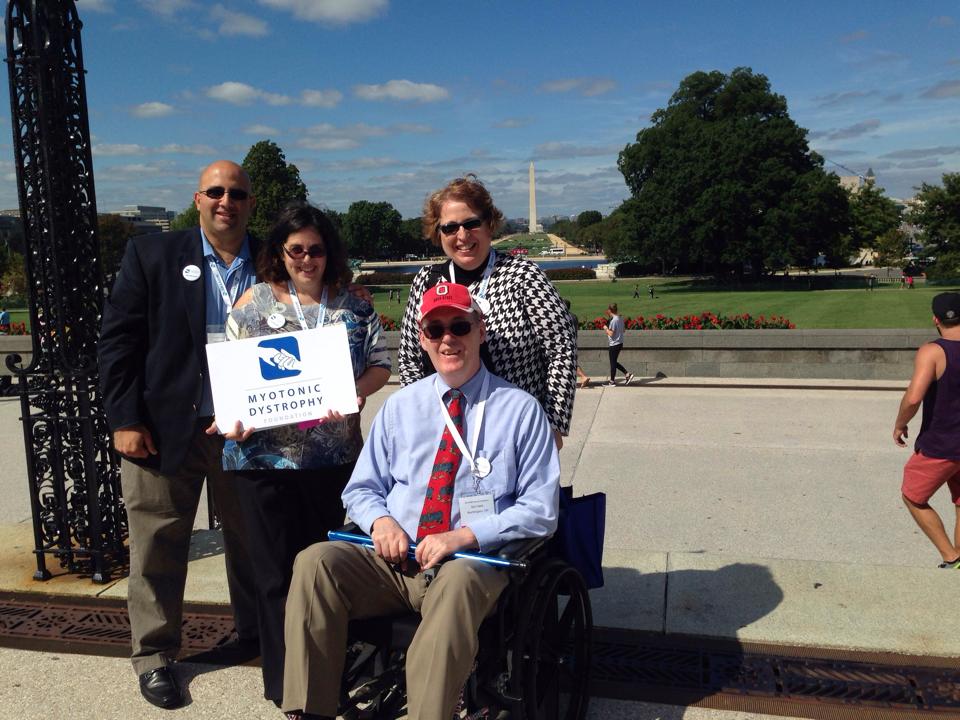 These days, Steven and Hamsa spend a lot of time sharing what they’ve learned about DM and raising support for DM causes and research. They established a local DM support group and tell their story to a variety of groups, including firefighters and postal carriers. “We’re just trying to get our story out there,” Steven says. “The disease can be pretty abstract to people until they hear a family actually talk about their experiences. This brings home to them the reality of the disease - hearing from someone in their community who is affected.”

The family is also active in Myotonic activities, especially the Myotonic Annual Conference. “We go every year,” says Steven. “It’s almost like a mini-reunion for us. We meet a lot of the families we’ve talked with over the years and get caught up on what’s happened over the last 12 months. We've got Facebook and other social media, so we do stay in touch regularly online, but that's not the same as actually talking to people face to face. Then on top of that, hearing from the researchers and experts and learning about potential therapies - it all makes these conferences invaluable to the community.”

The couple is particularly grateful that the 2014 and 2015 Myotonic Annual Conferences, both held in Washington, DC, provided an opportunity to make the case for DM funding to legislators. “Legislators need to realize that there are people in their communities that are affected by this disease,” Steven says, “and that we need funding to help find treatments.”

Steven and Hamsa hope that research may ultimately lead to treatments that will help Steve, but until that happens, they are trying to give him as much of a normal childhood as possible. “I don't want him labeled a disabled child, because he’s not,” Hamsa says. “To me he's not. To me he's just a normal little boy with a few issues.”