Marty Benner: The Story of a Mother and Grandmother 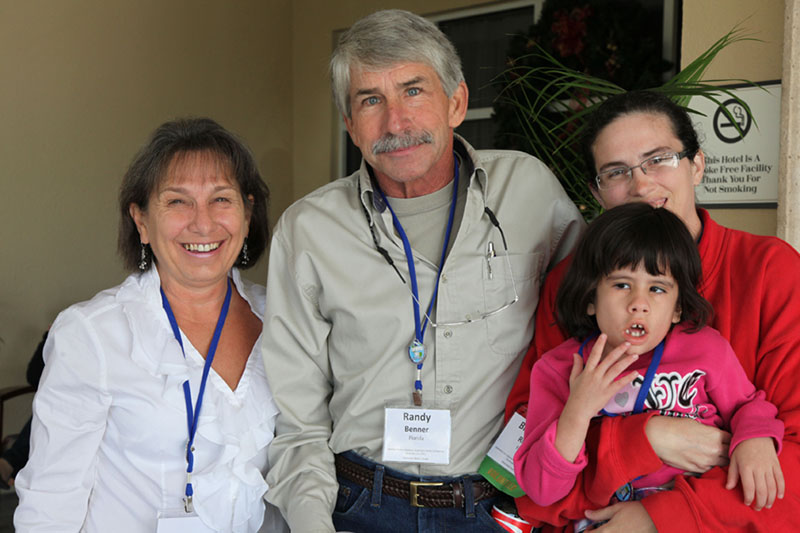 When Marty Benner’s granddaughter, Sophia, was born in November 2006, the doctors and nurses immediately knew something wasn’t right. She was put on life support while they monitored and tested her, yet more than a month later, they still couldn’t figure out what was wrong. On Christmas Eve day, Marty and her family were advised to take Sophia off the respirator and let her die.

“We’re not doing that,” Marty told her daughter, son in-law and husband. Instead, Sophia was flown from Jacksonville to St. Petersburg’s All Children’s Hospital. After meeting with a geneticist and undergoing testing, Marty’s husband Randy, her daughter Brannon, and her granddaughter were all diagnosed with myotonic dystrophy. Randy and Brannon were diagnosed with DM1 and Sophia with congenital DM1.

As a nurse, Marty had recently worked in the field of pediatric neurology and has always been the type of person who is willing to search for answers if they aren’t readily available. Once the diagnosis was made, Marty began educating herself, primarily through online research. That’s when she came across the website for Myotonic, which helped her immensely. In fact, Marty eventually served on Myotonic’s education committee and helped gather much of the information Myotonic currently houses.

Marty knew her family could easily fall apart following the diagnosis. But giving up was not an option. “My husband dealt with it pretty well. We had a lot of family meetings and discussed our plan of action,” Marty explains. “Immediately after the diagnosis, I called a family meeting and said ‘we have a lot of bridges to cross and a lot of decisions to make. We can do it separately or we can do it together.’ There was even a point when I told my son-in-law, Mark, who was active-duty military, that things were going to get really bad. I told him, ‘If you don’t want to stay, I understand.’ But he did.”

Sophia came home from the hospital in March 2007 and Brannon moved in with her parents when Mark was deployed. “I did a lot of work with Sophia. I was essentially her night nurse,” Marty says. Sophia will be eight years old in November and is doing well. She walks independently and talks, though her speech is a bit garbled, and she’s going to a school that has a program for special-needs children.

Brannon has developed cardiac problems and has an ICD (fibrillator and pacemaker) in her heart. She walks with a cane, but the family is working on therapy for her. Randy also walks with a cane and has had cataracts and some heart issues. Despite all that, Marty feels fortunate because she knows the situation could be much worse.

“I don’t want people to ever give up. I’ve spent so much time educating people: teachers, nurses, even doctors. The most important things are to get educated and be your own advocate. If you don’t, no one else will and you could end up getting lost in the shuffle.”